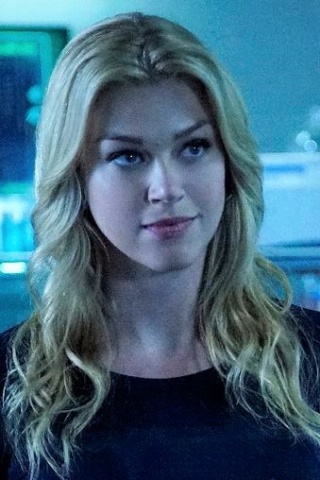 Background:
Kate was born into SHIELD. Both of her parents were high ranking SHIELD agents and one of her earliest memories was being on the Helicarrier and watching out the window as it rose up into the sky. She grew up around SHIELD agents and learned to fight almost as soon as she could walk. By the time she was 10 she could already accurately fire a handgun or rifle and was even taught some archery from Clint Barton. When she was 12 her parents were sent away on a special mission, but neither one of them returned. The details surrounding their deaths were hazy at best and no one knew who had killed them, only that it had happened.

In one fell swoop Kate lost both of her parents and her life came crashing down around her. She lay in her bed and sobbed after receiving the news and then something extraordinary happened. All of the objects in her room began to raise up into the air and shoot around the room. They smashed into walls and the bed and dresser shook violently. Phil Coulson rushed in to check on her and was stunned by what he saw. Experts were called in to examine Kate and it was soon determined that she had a mutation that caused her to develop Telekinetic powers. Not only that but she was an extremely power Telekinetic. Kate was essentially raised by Agent Coulson after that. He took care of her and continued her training at SHIELD. At 18 she officially became a Field Agent.

A few years later she met Steve Rogers while they were on a mission together. The pair quickly developed feelings for one another and Steve invited Kate to join the Avengers team after being impressed by her skills. Soon after the pair began a secret relationship that lasted for close to a year and a half. However, their relationship eventually ended after some questions about their future together came up and Kate left the Avengers and returned to SHIELD. Kate's feelings for Steve have never faded and she still loves him very much.