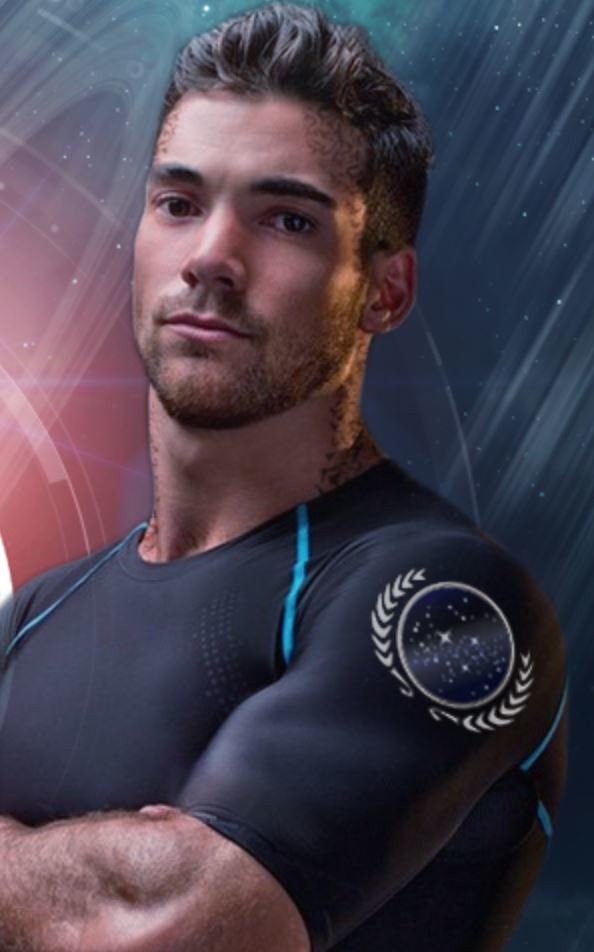 
Biography: Every moment of Vereyn's (Ver-in) life was designed from birth to be apart of the Symbiote program. Having a son or daughter become a Host was a huge honor and afforded a family money and prestige. And so he was tested, retested and not allowed unproductive pursuits. Vereyn was an only child and he had very few friends and the friends that he did have were also in the program. Sports that may harm or scar them were forbidden but Vereyn craved thrills and adventure. Exactly what he was forbidden to have. He was home schooled at first and then was taken to the Host Academy where he was put through a rigorous academic schedule. Vereyn enjoyed anything about the stars and celestial bodies that inhabited the sky. He wanted to be out among them very much but he was never allowed. The academy was all in his life. When he was a teenager he met Lariel, a Trill female who was also in the program. They became fast friends and were extremely competitive, which was an integral part of being in the Host program. Only the top students through each phase of the program were advanced into the next phase. There were 4 phases and then a choosing in which a council of 7 chose among the best of the best, who would become conjoined. Vereyn lo and Lariel lost their virginity to one another and had fallen in love. While their relationship had not affected Vereyn, it had affected Lariel and after phase 3 she had been expelled from the program.

When Vereyn was 18 he had been selected to be joined...needless to say, his parents were very proud and excited.

That same year Vereyn applied to Starfleet and had been accepted. He chose the discipline of Navigation and Piloting but he excelled at Navigation. He Served under Captain Idris Turner on the Intrepid as their navigator for 5 years.