The Citadel of the Undying - Home Of the Dark Elves

The Citadel of the Undying - Home Of the Dark Elves

The Citadel of the Undying 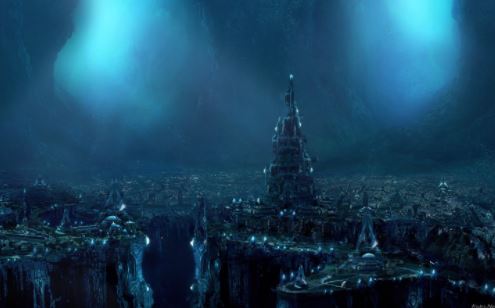 Description: The Citadel of the undying is a large subterranean city built atop an ancient dwarven ruined city. The dwarves have long since been destroyed and besides a few undisturbed areas that as of yet have not been discovered, very little of what the dwarves originally created still exists. The city proper is segregated into quarters, a Market Quarter, an Industrial Quarter, a Residential Quarter and the Nobles Quarter. There is also a Tower Quarter that is basically tall towers connected by skywalks. And lastly the Under Quarter that are roughly carved caverns and pits that lead to fiery rivers of lava, poisonous pits and diabolical mazes of which there is no escape. The city proper is a series of winding stairways and roads that lead up and down from high towers to city streets and to the pits below. It is designed to confuse, befuddle and torment those who do not know its layout and sometimes roads, paths and bridges magically shift as if the city itself is alive.

Lighting: Characters without some sort of darkvision or magic that can emulate such vision will be considered blind in the Citadel. The citadel is imbued with counterspells that will counteract all light magics conducted within the city. I.E. Light based magic will not function at all anywhere within the Citadel nor in any of its Quarters.

Architectural Indications: It is evident (by the size of the streets, heights of doors etc) that many different races have had influence over the centuries as to the cities infrastructure. Evilly aligned Humans, Dark Elves, Evil Fairies, Lizardfolk are just a few of some of its many races that are in abundance here as well as Liches and other sentient creatures both alive, dead and some perhaps not even of this plane or world. There are freshwater lakes and natural subterranean saltwater inlet pools as well as the Citadel also plays host to many aquatic creatures as well. Though huge and larger creatures have lived in the citadel before rune gates of this size are extremely rare, difficult to create and very expensive for the traveller.

Fashion: Races such as Dark Elves who care about fashion and social status can often be seen wearing near see through lace patterned clothing in weblike patterns in a variety of deep, dark colors. Masks, veils, cloaks, hats, capes and other garments are very common all over the city.

Culture: There is law within the city depending on the crime. Duels and the like are common although it is preferred that such is officiated by one of the many registered individuals found all over the city. Drugs, sex and other vices are legal and not discouraged regardless of locale. Social status is a thing within the city and beggars caught in the Nobles Quarter may find themselves enslaved, thrown into a maul pit or tortured for the pleasure of those who enjoy such things. Guilds also exist in the city for just about any group found above ground. 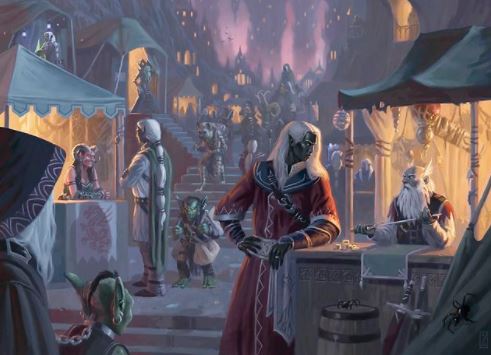 The Infernal Palace: A large, street level complex lavishly decorated in the colors and preferred architecture of the Dark Elves. It is a large mansion with many floors, levels and rooms. The Infernal Queen and the Infernal sisters reside and hold court here. It’s lower levels are where unholy rituals are performed as well as torture and other unspeakable acts are conducted here to add to the overall ambiance and pleasure of those who reside above. 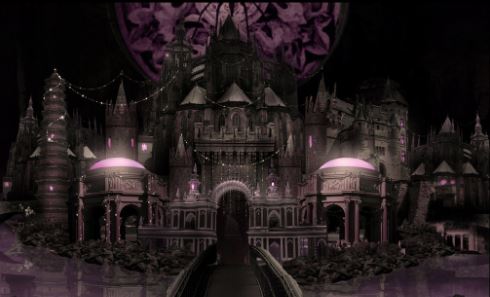 Of Gods and Men: There are too many gods to list and for the purposes of a player’s specific RP, all Evil aligned gods would find at the very least a shrine here. Evil aligned organizations, cults and other errata is up to the player as to what they want to have here. However, that said I have added a specific God that is aligned with my personal RP and character.

Dark Elves: One rendition of a Dark Elf society is one where Women lead, men follow. A Matriarchal society that covets its female members and enslaves and controls the male gender. In this society, women are more intelligent, more magically inclined and more dangerous than their male counterparts. Women; Mothers, Daughters, Sister, Aunts and the like, have the most power both spiritually and physically. They occupy places of power in every aspect of this society and are the only ones that can own slaves and initiate mating, incestuous and otherwise. Keeping bloodlines within families is a common and coveted practice. Torture is commonplace and inter-familial mutilation, torture and forced combat is conducted regularly. Dark elves like to use pigments in their art, signs and decor that shine brightly in their dark environment.

The Infernal Mother: An Evil goddess to the race of Dark Elves and others besides. She is depicted as a celestial arachnid with the top half of a female Dark Elf and appears in effigies, carvings and artistic expressions in and around the Citadel. Death and suffering are just a couple of her religious edicts which define her general godlike nature. Pain and degradation may get her attention if they are included in a prayer ritual performed to gain her favors. She has on occasion bestowed a Moon Rune on individuals who have proven themselves devoted to her causes. Such people are called, ‘The Devoted’.

The Rune Gates: A rune gate is a magical gate that allows one to cross’ from the world above to the Undying Citadel and back. These gates can only be opened by a ‘Rune’ shaped as a stylized crescent moon that is set onto the right palm of a gatekeeper These gates can vary in size and shape and special consideration must be taken for huge or larger or aquatic creatures for using such gates. A Rune gate can only be made at midnight and only at a gravesite where an evil aligned creature has been buried. These rune gates open into what is called the Moon Corridor which is a heavily guarded landing area for those who make such ‘crossings’. 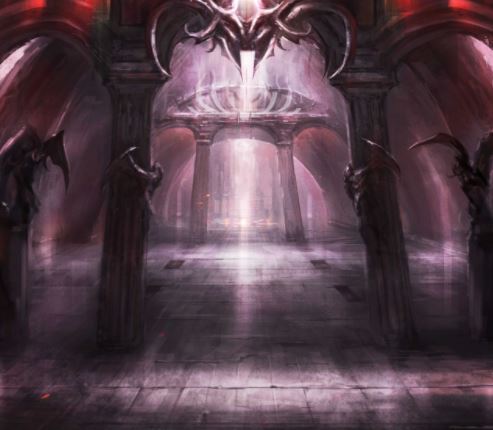 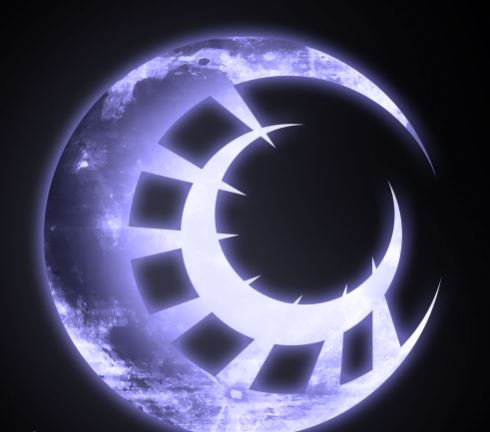 The Crossing: A term used to describe the act of walking into a Rune Gate and arriving on the other side. Either into Rune Gate Locations and out at the Moon Corridor or into a Moon Corridor gate and out of a Rune Gate.

The Devoted: Those who have been chosen by The Infernal Mother to have a Moon Rune bestowed upon the palm of their right hand through a special ritual conducted by The Infernal Sisters.

The Infernal Sisters: 6 Dark Elf Priestesses specifically chosen to be Evil conduits to ‘The Infernal Mother’.

Similar topics
» Space Quest IV.5 Roger Wilco and The Voyage Home
» Home Alone (1,2,3,4) (Collection/BoxSet) DvdRip
» Chris Hemsworth from Home and Away is THOR
» DiAMOND.1 LINK MOViE.COLLECTiON.DVDRip
» If you could go anywhere, where would it be? (game)