Where To Settle Down

Where To Settle Down

Now that the baby was born it was clear that there were a few problems that the child had. For one it had trouble breathing sometimes and the healers contributed that to under developed lungs that would get better over time if they continued to rub a special cream on the babies chest every day. The cream stimulated growth in his lungs and also helped him breath easier after it was applied. The problem was when the baby cried it gasped due to lack of oxygen. When that would happen Calene would go into a near panic and it was all Deshane could do to assure her that this was going to happen and besides the cream there was little they could do beyond that. The child had to learn its own limits and there was nothing real they could do to make it so that the baby wouldn't cry.

Also, there was no sex. Months needed to go by before they could become physical again and Deshane was going absolutely crazy over that. His body needed hers and when they argued there was no real making up after which made the arguments recur more often and seldom ever get resolution. His leg had gotten much better, he didn't need a crutch to get around now but it still ached a great deal. Calene was excused from sitting at court due to her babies condition but Deshane wasn't certain if he wanted her home so much either. She was demanding and often he had to leave just to be able to read. Right now the baby was sleeping and the subject of where they could live had come up again.

"You knew what kind of man I was when you married me Calene...everywhere I look there are walls. I do not like walls wife...you know I don't. You always relent when we talk about this but we are still here. If you do not intend on accommodating me I want to know," he told her. He'd likely find the next job he could that took him out of the city for a time and she likely knew that as well and very much didn't want him to be away from his boy.

Being a new mother, Calene was going to be hyper sensitive to everything about her newborn, but due to the fact that he was born 5 weeks early and had some issues because of that she was even more so. She barely slept, choosing instead to sit by his crib watching him breath and making sure he was alright. She was also suffering from some post-partum depression and cried quite a bit. The healers finally gave her something to help her sleep and encouraged her to get some rest.

She knew that Deshane wanted to be physical, but she just didn't feel quite ready for anything like that quite yet. It began to cause some tension between them, not to mention the fact that he kept wanting to discuss their living situation. Kaled was asleep that afternoon and once again Deshane brought up the subject. This was clearly something that was difficult for Calene. She was very close with her mother and the thought of being a new mother herself and being away from her was terrifying (despite Deshane telling her that it would be fine). She had never lived anywhere but the city and knew no other life. However, it was clear that Deshane was very unhappy and she wanted to make him happy. Besides Kaled, he was everything to her and she couldn't lose him. She sighed and got up and walked over to the windows to look out at the city. She was quiet a long while before finally speaking.

"Alright, Deshane...we will go. I love you and want to make you happy and you clearly are not happy here."

"But that's just it Calene, you do make me happy. You and Kaled are all that I have. Do I not make you happy Calene, I mean when you aren't being stubborn and refuse to let me? Sometimes I wish you would just let me lead our family. Not only because I'm older but also because your place is by my side, not in front of me," he told her. Her family was well known for its stubborn and independent women.

Calene turned and looked at him. "Of course you make me happy Deshane," she said as she walked over to him. "You and Kaled are the most important things in my life. I...I will admit that the thought of leaving the only home I've ever known is a little...scary for me. I've never lived outside the city. I've always had my family's help if I've needed it. However....I am willing to leave with you as long as you understand that we are a team."

And there was that word again team. In many things that could be considered true but not in the ones Deshane thought to be important. "We are a couple Calene but I need to lead this family," he said as he took hold of her shoulders. "The place I want to go is not far so we can visit very often. I...I just can't stay in these walls like this...it feels...claustrophobic. Like I can barely breath sometimes. When I am gone you and Kaled can stay here in the city and I can pick you up on the way back home," he explained.

Calene felt better knowing that they would be close enough to the city to visit her family often and that she wouldn't be left there alone with Kaled when Deshane wasn't there. She looked at him.

"So...tell me more about this place."

He went on to describe the cabin when he last saw it last winter. 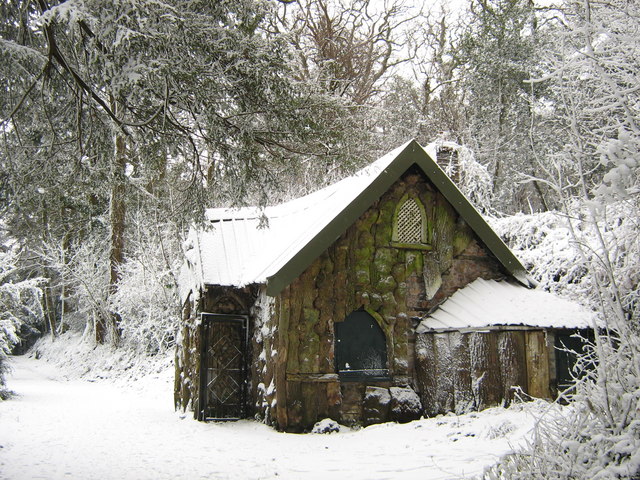 For Calene what Deshane described sounded quite pleasant actually. There would a lot she would need to learn, but she felt confident she could do it. For the next few hours they sat up by the fire talking about it and everything they needed to do to get ready to leave. Calene was most concerned about Kaled.

"Do you feel alright taking Kaled that far away from the healers right now?"

Deshane paused another moment then shook his head. He paused another when Kaled made a noise but after a few seconds none others came from his crib. "No that is why I am leaving you to get the house ready," he knew she'd balk at that. His leg was still healing. If he fell or got injured he'd have a difficult time getting help or returning. "I want it all to be perfect and I'll bring a few others with me with pack horses. "I think we should keep my families home here though for when we come. I think there is not enough room for there for people to come and stay to visit right now so we will need to come here to visit. I do not intend to cloister you away from your family. And I do not take your relenting to this lightly Calene. I am only asking you to give it a try...nothing more," he assured her. It would not be fair to be staunch about this move. If she hated it then he knew they'd be back. As it was he'd have to hire alot of help to get the pond and the surround cleaned up and the house as well.

Calene clearly was not happy about the idea of him leaving her to go get the house ready, but was glad to know that at least he was going to bring along a few people to help him. She sighed a little. She knew that fall and winter were coming and she wasn't going to travel with Kaled in the cold. That meant that Deshane would have to leave very soon to start working on the house.

OOC-Was there a particular couple you wanted to focus on?

ooc-could you please update me with who we have to work with?

OOC-Theodred and Elise, Laenaya and Brandt (Aviana and Cole), Eldarion and Calista, Narisa and Eagan (she was going to come to Minas Tirith to visit her cousin), Arina and Lucas, Nauriel and Elessar, Lindariel and Eomer, Serethiel and Conleth lol

ooc-holy shit! Ok, Narisa and Eagan again? Might be nice to have them 'trying' to control themselves until things are official.

ooc-maybe even having her trying to get him to have at her when he wants to do things properly.

OOC-Are you starting first, or did you want me to?